Raising funds for suicide prevention and awareness - since 2004 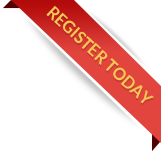 Rotary Run for Life is an annual run/walk held

to raise funds for suicide awareness and prevention

We are delighted to have KwadSquad joining us again this year. Here’s a little about their story:

Inspired by Team Hoyt in the U.S.A, KwadSquad initially started out with 2 people, Morrie and Chandra, participating in a half Ironman Triathlon in Stony Plain in 2013. Through their inspiration, the organization has grown to include more events, and more teams! In 2014 3 push teams participated in the Calgary Marathon and we anticipate even more teams participating in the Okanagan Marathon in October of 2015. Please read the inspirational stories of Morrie and Chandra on the following pages.

Both Morrie and Chandra experienced traumatic injuries that resulted in all four of their limbs being affected, effectively becoming quadraplegic, hence the name KwadSquad. Both were told by doctors that their function would not improve, but despite the predictions by doctors, both have made dramatic improvements and have gone on to do many things the doctors told them they would never be able to do. Both Morrie and Chandra live their motto “It’s kind of fun to do the impossible”, every single day